Rogue Tree Solutions was founded by two purpose driven friends who have a passion for arboriculture and a love for God, family and country.

We treat our employees and customer's like family and strive to make an impact in our community. We undertake large and small municipal and commercial projects while never losing site of their original roots - the residential work.

One third of American's spend their life working. At Rogue that one third will require a little sweat and time but will result in a lot of appreciation and satisfaction doing something we love. 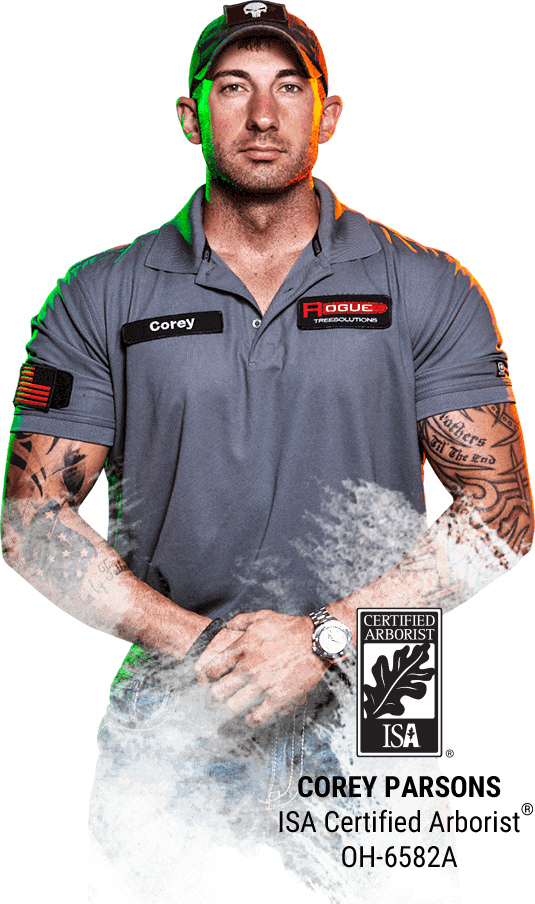 Arboriculture has been a part of Corey's life since he was a little boy. His entire family has been rooted into the industry for many years. Corey followed his father's, uncles' and brothers' footsteps working for the largest utility line clearance company in the world. With his father Les Parsons working his way up to a regional manager and over 41 years in the business he realized that his future without a doubt would be in the Arboriculture industry.

Over Corey's 10+-year career he has built an impressive resume which he has carried and developed into the Rogue Brand. Corey is a Certified Arborist, receiving the proper licensing through the State of Ohio for Commercial herbicide application. He became very strong in proper safety practices to comply with OSHA rules and regulations, operations, bidding, recruiting/hiring and most importantly – learning how to become a strong leader.

After some restless nights and some tough decisions Corey decided to depart from his original team to embark on his own journey. Corey wanted to take his knowledge and skills to the residential side of the industry. Being a Certified Arborist gives him the knowledge and expertise to educate customers, municipalities, and fellow town members. This is what truly makes him love being an owner at Rogue Tree Solutions. 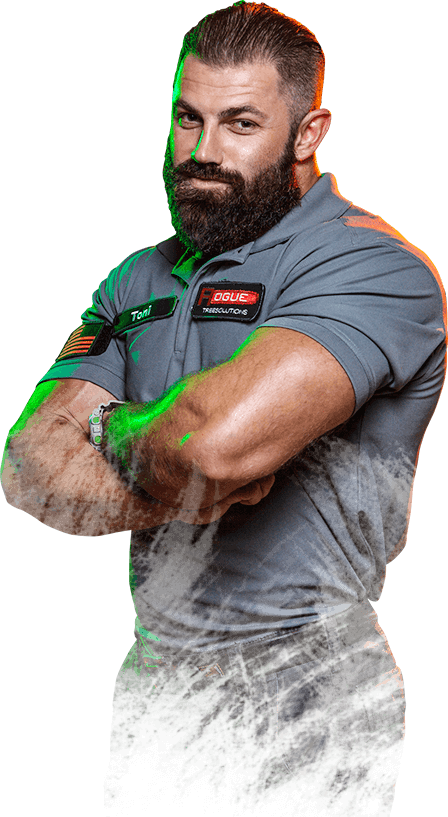 Antoni is one of those individuals who can be described as eclectic. He is a scientist, a nurse practitioner, a lumber jack and a musician.

He has two bachelor's and a master's and his experiences vary as widely as working with cloning, practicing orthopedics and drug rehabilitation to disaster relief aid where he initially caught the tree bug in Mississippi/Louisiana during Katrina.

Part of his eclecticism is his love of trees and passion for arboriculture. He has over 12 years of experience in tree work and started Rogue Tree Solutions 5 years ago. He wanted Rogue to continue growing and becoming the best in the industry.

He knew in order to do that he would have to follow Henry Ford and surround himself with the best and brightest. Antoni decided to bring on his best friend 2 1/2 years ago and form a partnership with Corey Parsons and they have not looked back since. 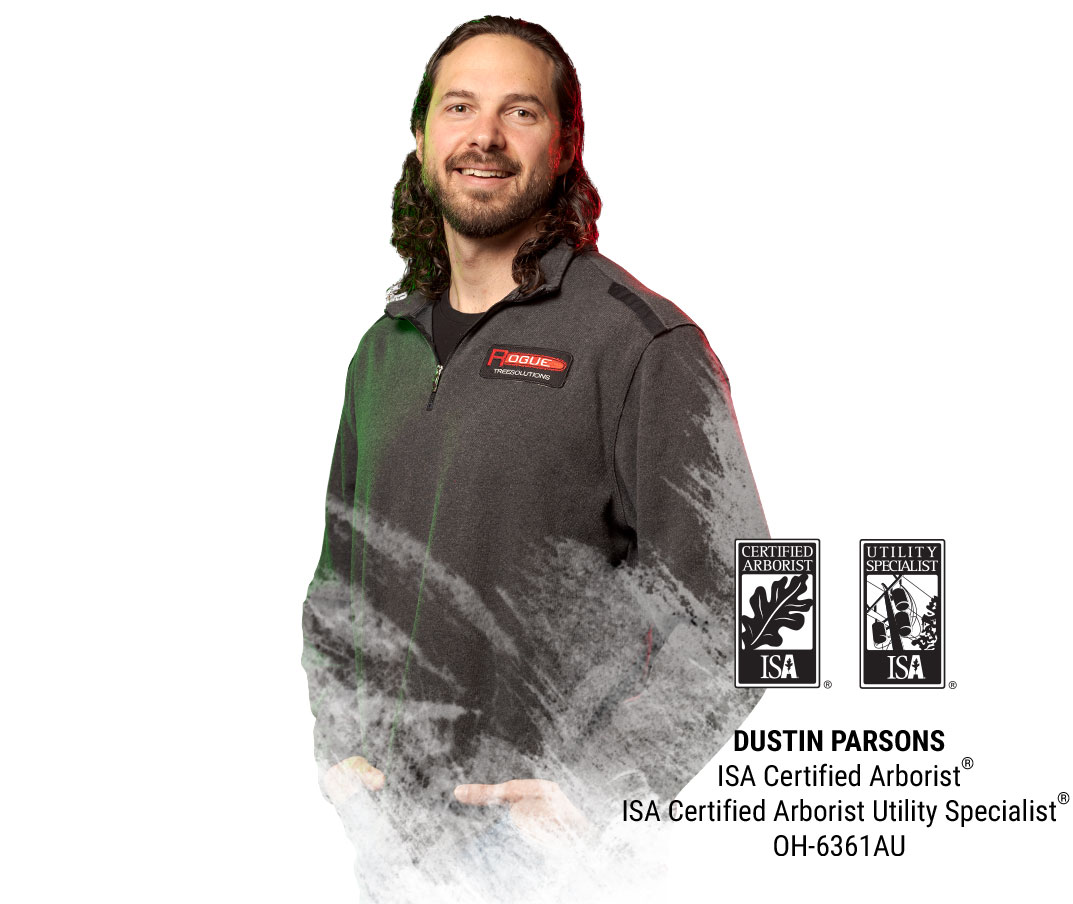 Dustin's character can best be described by his unrelenting sense of adventure and his love for the outdoors. It was these passions that would lead him away from a traditional college path and into the United States Air Force as a career enlisted aviator. There he was assigned to the 9th Special Operations Squadron to operate the MC-130P Combat Shadow aircraft in its mission to aerial refuel special operations helicopters and insert, extract, and resupply special operations forces. Dustin's efforts in the Global War on Terror would take him around the world and later be recognized with two Air Medals, an Aerial Achievement Medal, and the Air Force Combat Action Medal. During his time in the service he was also afforded the opportunity to earn a Bachelor's Degree in Environmental Management.

Following the completion of his military contract, Dustin returned home to join the ranks of his father where he learned and practiced the science of utility arboriculture. He would continue in this industry for 9 years, reaching the position of regional supervisor while obtaining his Certified Utility Arborist credential. Many would consider this the capstone of a good career but Dustin's call for adventure struck once more when an opportunity to team up with his brother Corey at a residential startup company arose. Once more he threw caution to the wind and made the choice to GO ROGUE.